There is nothing wrong with having systems or checklists, nor technology to assist such (see “Who Said We Don’t Need Systems”). However, when those systems and checklists become an ‘end’ in themselves they take on a ‘force’ and ‘energy’ of their own. When systems become ‘ends’ in themselves we forget the ‘means’ of the system. We then allow systems to extend way beyond the design and purpose of the system itself. When we frame safety through the lens of systems rather than through the lens of people we forget the fundamental ethical principle of the ‘ends justifies the means’.

I read a few papers recently circulating in the safety journals about safety systems, including the mandatory mechanistic ideologies (but undisclosed) embedded in systems. After reading a few papers it became clear that people/humans were not an issue in the safety landscape. In every paper the notion that humans were even part of systems was missing. Systems were discussed as an archetype, as something that had a life on its own, regardless of the humans in that system. The real issue was about ‘system failure’ and ‘system design’ not about people nor the nature of how people respond to and are ‘framed’ by systems. Each asserted that there was such a thing as ‘systems thinking’ as if the system had its own ‘mind’. Amazing how we justify something by anthropomophesizing it. It is incredible that such assumptions and ideology are just accepted in the safety industry without challenge nor critical interrogation.

I often hear the comment in safety that ‘you can’t change people, you can only change situations’. What an amazing statement, and could someone please tell me about a situation of relevance/significance that has no humans present??? What a strange belief that we would think that a change in systems will simply meet with a change of the people in it??? The whole History of revolutions and dissent contradicts such a belief. Again, more mythology to support the ideology of objects over subjects.

I wonder if safety has ever heard of the concept of ‘conversion’? The reality is, risk, safety and security people are really in the conversion business. To use secular language, risk and safety people are there to assist people to make a ‘sea change’ about risk. The reason for the use of the word ‘conversion’ in this discussion is because so much of risk concerns ‘life and death’ decision making and in relation to this, so much of the discourse in risk and safety is religious, even fundamentalist (discussed in my first book – Risk Makes Sense).

Conversion is never a neutral act. Conversion is about monumental change and even its discussion provokes controversy, confusion, curiosity, fascination, skepticism, and enthusiasm. Everyone has a theory about why people change. For many, conversion is a transcendent experience; for others, it comes at the cost of being shunned by the families and the religious communities that once nurtured them. There is one thing that seems to be present in all conversion: Cognitive Dissonance. Many underrate the nature of cognitive dissonance, labeling it just a moment of discomfort. This doesn’t even come close to its real meaning as discovered by Festinger in 1956. I have written about this in previous books and have a video on line that also helps explain this phenomena using my Cognitve Dissonance model (https://vimeo.com/202589604 ). You can download a copy of Festinger’s original research here: https://archive.org/details/pdfy-eDNpDzTy_dR1b0iB . Cognitive Dissonance and related conversion is about a total upheaval in worldview. It is not just about changing ideas or mind but the pain and suffering associated with conversion in worldview (ideology).

Conversion is about a revolution in thinking, being, doing, feeling, purpose and ‘mentalitie’. It is a change in personhood with regard to risk. We can learn a lot about humans from studies in conversion. Perhaps the first psychological studies of conversion were undertaken by William James, (1902) in The Varieties of Religious Experience and Nock (1933) Conversion, The Old and New in Religion from Alexander the Great to Augustine of Hippo. The most recent study is the brilliant publication: Rambo, L., and Farhadian, C., (eds.) (2014) Oxford Handbook of Religious Conversion. Oxford, London. You can download William James here: https://csrs.nd.edu/assets/59930/williams_1902.pdf  and Noke here: https://ia802608.us.archive.org/14/items/Nock1933Conversion/Nock%201933%20Conversion.pdf . I have a copy of Ferm (1959) The Psychology of Christian Conversion, who undertakes a neat historical account of progress in the study of conversion, but it would be very difficult to purchase a copy.

People can change, people do reframe beliefs, people do learn, there is conversion. Why is safety so preoccupied with systems and know so little about people and conversion? If people cannot change, why do so many people go to counselling? What is the point of ‘advising’? We should call it safety ‘telling’ not ‘advising’. Perhaps the reason why human change is avoided by those in the risk and safety industry is because they are not educated about conversion, learning and the social psychology of risk (https://www.safetyrisk.net/isnt-it-time-we-reformed-the-whs-curriculum/?doing_wp_cron=1489725209.6472389698028564453125 ). 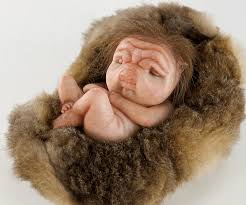 Who Decides What is Ugly? • SafetyRisk.net

When life, and work, is focused on systems and process (control), people … piece where animal and human were as one, we noticed that mounted on …. but more about whether systems serve people or people serve systems.

WE USE AND HIGHLY RECOMMEND: